Should the inspired rambler decide to follow the course of the little stream dubbed “La Barbanne” – the Ariadne’s thread of the wine-growing region of the Libournais – he cannot fail to pause and contemplate the magnificent estate of Belles Graves on its sun-soaked hillside.

This ancient estate was mentioned in the first editions of “Bordeaux and its Wines”, by Cocks and Féret; at that time it was known as the “Domaine de Drouilleau”.

Situated gracefully on a sunny hillside, far from the noise and bustle of the outside world, Belles Graves possesses a serene, bucolic charm that is all its own. You will reach its harmonious buildings, surrounded by long rows of vines stretching out into the distance, at the end of a long path in the calm shade of hundreds of years old lime trees. 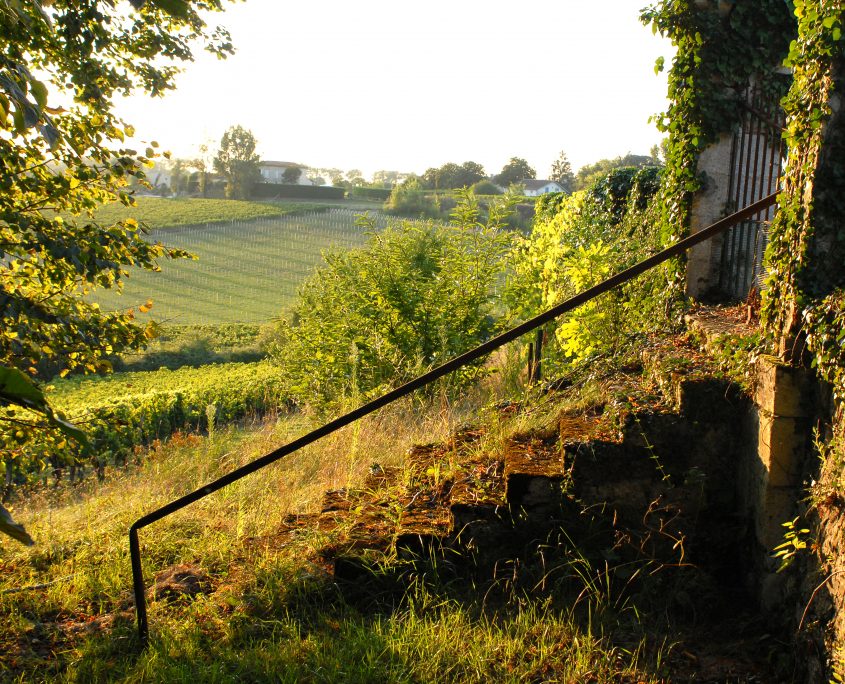 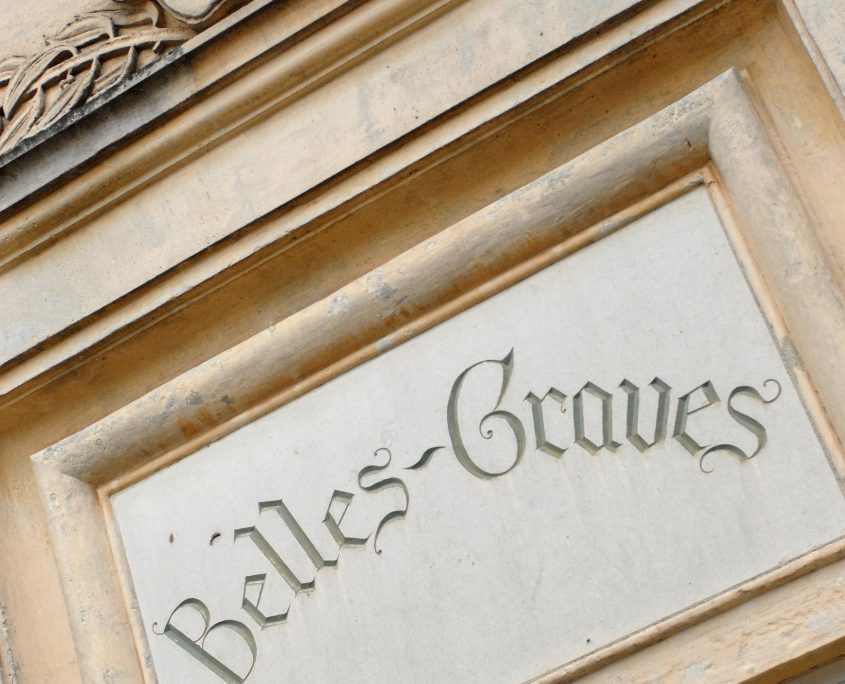 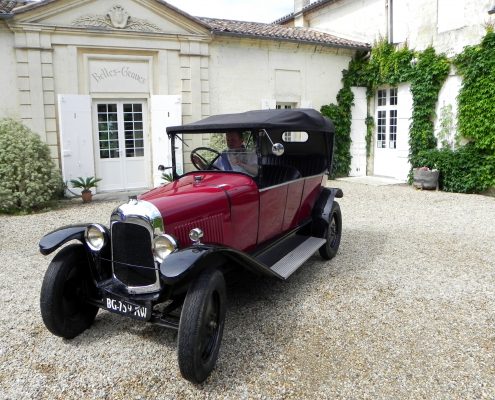 Vines have been found on the slopes of the area known as Drouilleau since the middle ages, but it was only in the 18th century that the buildings we occupy today were constructed, which then took the name “Domaine de Drouilleau”.

Most of the archives of this long history have almost completely disappeared, principally because of succession and changes of ownership. Only the events of last century and half are clear to us.

A certain M. Alexandre Durand leaves the estate to his wife, who dies without having left a will and with no direct descendents, and it is her great-niece, Isabelle Merlet, wife if M. Gachassin-Lafitte who inherits in 1869. Isabelle Merlet will die in 1880 and her daughter, Gabrielle Gachassin-Lafitte, after negocialtion with the sister, inherits the entirety of the estate in 1887. She dies in 1897, leaving the estate to her husband Léonce Mauze. In April 1909, M. Mauze gives the estate to his three children to share, who sell in November of the same year to M. Elysée Absalon Clerjaud for the sum of 20 000 francs. At this time, the estate is of 10 hectares and constitutes vines, orchards, pastures and kitchen gardens. M. Clerjaud also sells the estate after a few enlargements, on the 10 November 1938 to M. Jean Theallet for 140 000 francs with a total area of 11,18 hectares.

In becoming the property of the Theallet family, who is still the owner today, the estate changes its name to become Chateau Belles-Graves.

Upon the death of Jean Theallet, it is his wife Hermine who continues the business which by this time has grown to 12 hectares. In 1973, she gives her two daughters, Marie-France Theallet and Christine Piton, joint ownership of the estate, whilst continuing management of the business itself.

In 1989, the business is put into the framework of an agricultural concern under the management of Xavier Piton, the grandson of Hermine Theallet, who continues to cultivate the vines and assures the continuation of the business. At the same time, the vineyard is increased in size by 2,5 hectares.

In 1995, the Theallet Piton Trust is created to help protect the heritage of both the winemaking and the families who run the estate. Marie-France Theallet, Christine Piton and her children Xavier Piton, Aurélien Piton and Marie-Aimée Piton are the shareholders.

In 1998, the acquisition of a further 1,75 hectares enlarges the estate further.

In 2000, renovation works begin on the chateau, whose outbuildings and workspaces have become too cramped. The reception and the offices are transferred to the former service quarters. The west wing is restored following serious damage by termites and the chambres d’hôtes are opened there in 2002.

In 2005 the final acquisition of land is made of 0,55 hectares enclosed within the vineyards of the estate which now occupies the whole hillside.

Amongst many famous visitors, Prosper Mérimée is said to have stayed within the walls of the property during his travels in the region, and in more recent times, Captain Jacques-Yves Cousteau,  ecologist, filmmaker, and scientist, cousin of Jean Theallet, who loved the calm of the chateau and enjoyed the getting involved in the harvest of the grapes as he has done as a young man.

The wines of Belles-Graves have therefore travelled the world on board the Calypso, and indeed continue to do so today aboard the Alcyone accompanying the expeditions of the Equipe Cousteau, the team that continue much of the work he started. 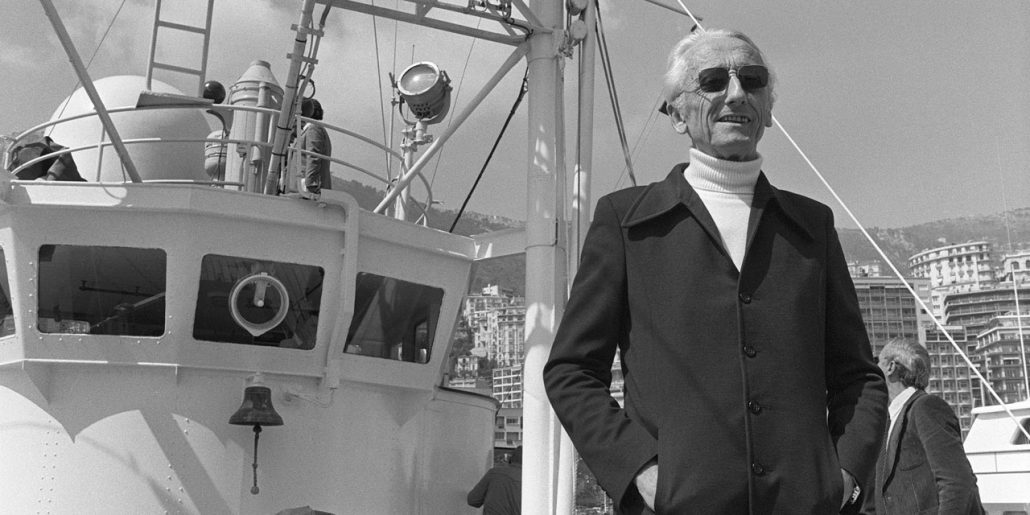 For the most part, the buildings have existed without major modification since their construction, probably at the end of the 18th century. At this time, the style in which Belles-Graves is built is very much in vogue: the Chartreuse, constructed as the secondary homes of the bourgeoisie of Bordeaux, who escaped the muggy heat of the city in summer, at a time when the bathing stations were not yet in fashion.

The wings of the château’s buildings are situated around the rectangular courtyard. Facing south from here is the principal residence with its central part on a single level. It is here that the reception rooms are situated, and this part of the house is served by a long corridor which link the east and west wings of the château, which have 2 levels and were designed to be the private accommodation of the estate. The east wing is prolonged slightly, set back from the level of the façade, with an orangery whose three half-moon widows capture the sunlight. Beyond this once stood the pigeon loft, but this is thought to have been demolished midway through the 19th century.

On the western side of the courtyard are situated the barrel cellar and the cellar for the fermentation vats.

In the eastern wing were found the servants’ quarters (kitchen, stores, barn, tables and pigsty) and a dwelling house for a family of workers. A part of this was converted in 2001 and 2002 to create an office and reception area.

The kitchen has remained just as it was, with its fireplace, its 18th century spit, and an original range.

At the front of the property, facing south, the terrace dominates the slope that leads down into the valley of the Barbanne river and the prestigious vines of Pomerol. This area was covered with ancient trees including cedars, limes and maples which provided an oasis of calm and shade. The great storm of December of 1999 sadly denuded this area of its trees completely.

In 2001, the terrace was planted as a traditional French-style garden, and limes were planted once again, although it will be long time before the new ones reach the great height of their predecessors.

To brighten up the terrace, a small maze has been created and this occupies the space of the old vegetable garden. Why not come and see for yourself whilst you are in the region. And as a touch of originality, it is, of course, made of vine !

The vineyard spreads over 17 hectares (about 42 acres). It has been planted with two different varieties : Merlot, the most important part with over 88% of the acreage, and Cabernet Franc (also called “bouchet” in the area) for the remaining 12%.

The fields located on the eastern, southern and western slopes around the château have a mixed clay and gravels soil, with huge quantity of iron oxyd in the subsoil, which gives a typical orange rusty color.

Between the château and the road, there is a flat part, very gravely, with mostly flint and quartz, very similar to the Pomerol famous terroir, just across the river Barbanne.
Then forward to the North, we find a sand and silt soil, colder, but still with rich iron oxyd subsoil.

Underground, we find alternately thick drainy layers of stone and sand mixed with red clay, and thin but dense slices of pure blue clay which keep rain water, where the vine will deep its roots during drought periods.

The proximity of the fields, gathered round the château, brings a excellent balance in the wine.

At Château Belles-Graves all employees take part in the work in the vines and in the cellars. Even if each person is responsible for a different area of the business, they are aware and involved in every stage of the growing and creation of our wines, right up to contact with our clients. 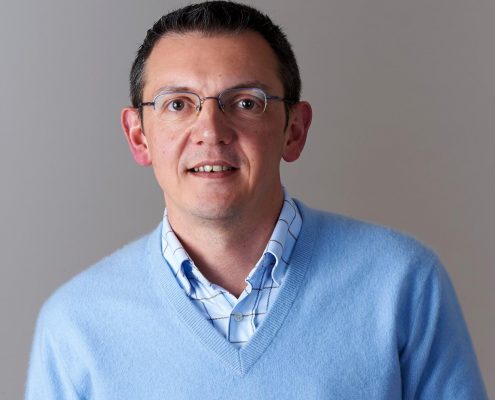 Responsible for the management of the estate since 1989, he decided to abandon his arts degree in order to study Oenology and Wine Marketing. But it was working in the field and with professionals that he gained his most fundamental experience.

From the beginning, he undertook work to restore the vines to their optimum productivity, and to modernise the vinification equipment – notably the temperature control system. He remains conscious that Belles-Graves has soil that is completely individual which demands a great respect of traditions.

Xavier Piton maintains his position as general manager, directly in charge of commercial relations, of administration and of finances. He supervises the vinification process, the maturation and the bottling. He is also administrator to the viticultural union of the Lalande de Pomerol appellation of which he was president in 1995. He is a member of the Confrérie de Baillis of Lalande de Pomerol. He is also administrator for the Equipe Cousteau. Among his passion are music, food and… wine !.

Works as vineyard manager and directs all work carried out on the vines and participates in the vinification and maturation process. 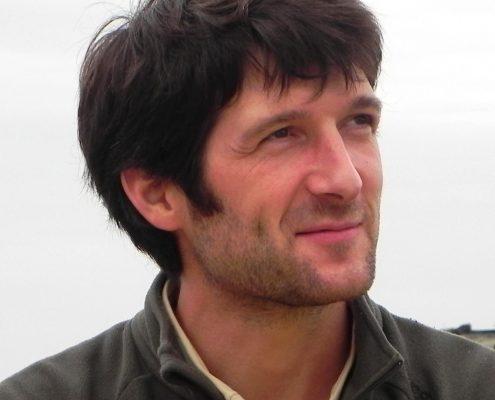 As a cellar manager he is in charge of the quality of the wines produced, for their production and maturation right up until bottling and despatch. He also gets involved with wine exhibitions.

This site uses cookies. By continuing to browse the site, you are agreeing to our use of cookies.

We may request cookies to be set on your device. We use cookies to let us know when you visit our websites, how you interact with us, to enrich your user experience, and to customize your relationship with our website.

Click on the different category headings to find out more. You can also change some of your preferences. Note that blocking some types of cookies may impact your experience on our websites and the services we are able to offer.

These cookies are strictly necessary to provide you with services available through our website and to use some of its features.

Because these cookies are strictly necessary to deliver the website, refusing them will have impact how our site functions. You always can block or delete cookies by changing your browser settings and force blocking all cookies on this website. But this will always prompt you to accept/refuse cookies when revisiting our site.

We fully respect if you want to refuse cookies but to avoid asking you again and again kindly allow us to store a cookie for that. You are free to opt out any time or opt in for other cookies to get a better experience. If you refuse cookies we will remove all set cookies in our domain.

We provide you with a list of stored cookies on your computer in our domain so you can check what we stored. Due to security reasons we are not able to show or modify cookies from other domains. You can check these in your browser security settings.

These cookies collect information that is used either in aggregate form to help us understand how our website is being used or how effective our marketing campaigns are, or to help us customize our website and application for you in order to enhance your experience.

If you do not want that we track your visit to our site you can disable tracking in your browser here:

We also use different external services like Google Webfonts, Google Maps, and external Video providers. Since these providers may collect personal data like your IP address we allow you to block them here. Please be aware that this might heavily reduce the functionality and appearance of our site. Changes will take effect once you reload the page.

The following cookies are also needed - You can choose if you want to allow them: